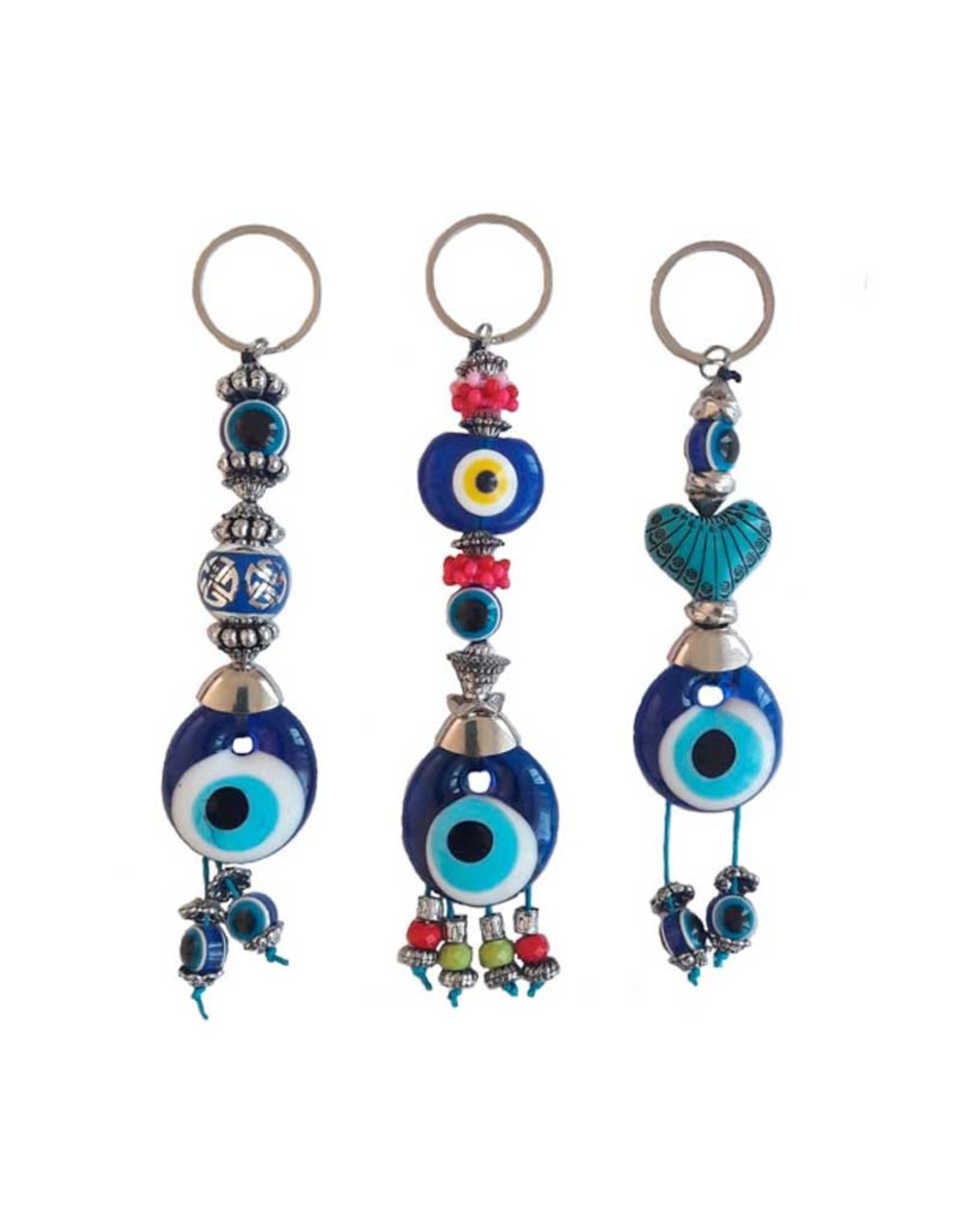 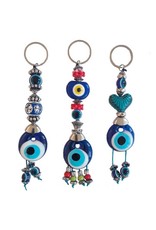 The Turks have devised the Evil Eye to guard themselves from such not-so-well-meaning people with their evil eyes. The Evil Eye or "Nazar Boncugu", which literally means the "evil eye bead", is actually a stone bead, and is worn or carried to protect oneself from negative or bad energy. Wearing or carrying an evil eye brings you protection and good luck.  Use as a keychain, or hang it in your home, office, at your desk, on your bag, or anywhere you please, to ward off negative energy.

The symbol of the eye is regarded as a potent amulet for protection against evil forces in almost every culture of the world like Jewish, Islamic, Hindu, Buddhist and Christian. Thus, in Turkey, you have an eye for an eye. It is believed that carrying or wearing the evil eye deflects the negative energy that is being directed towards a person onto itself, thus dispersing its powers.

The evil eye is blue in color and the age-old Anatolian belief is that it is actually the blue color of the stone, which holds the real shielding power and absorbs the negative energy. This is not surprising since the people in many Mediterranean nations ardently believe in the protective powers of the blue color. That is why; front doors of houses in these Mediterranean countries are painted blue to ward off evil spirits.

The evil eye has symbolism in almost every country and in many religions worldwide. The symbol of the eye is regarded as a potent amulet for protection against evil forces in almost every culture of the world like Jewish, Islamic, Hindu, Buddhist and Christian.

Add your review
0 stars based on 0 reviews
Add to wishlist / Add to comparison / Print
← Return to the back office    You will receive CURBSIDE PICKUP instructions via email once your payment is confirmed. Call us at 519-996-6409 if you have any questions. Hide