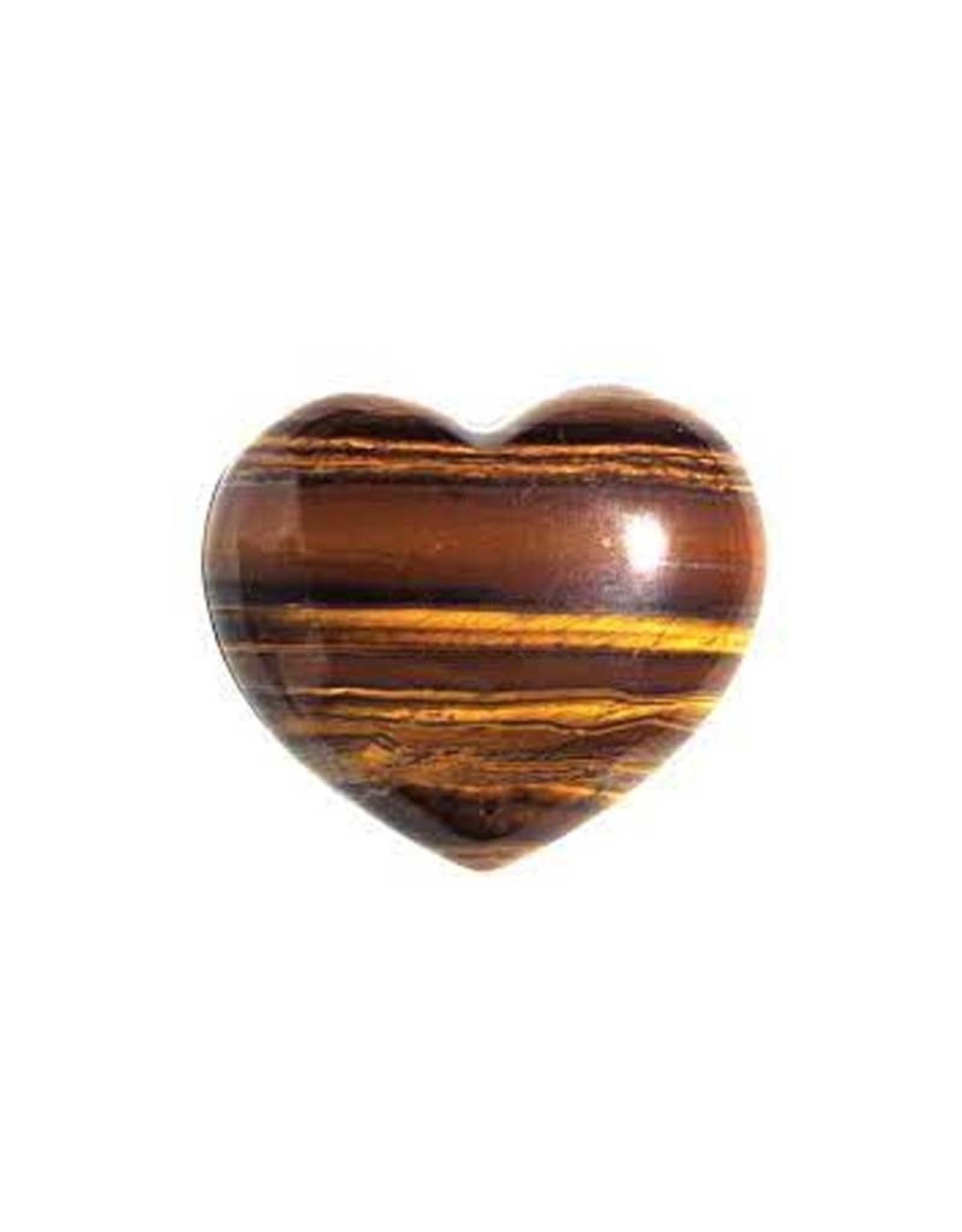 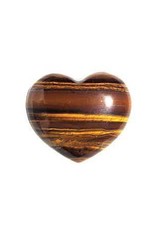 Semi-precious puffy hearts show off the simple beauty of each gemstone and make thoughtful gifts as wedding favours, valentines gifts, mother's day presents or just because.

Tiger iron (also referred to as tiger jasper, tigereye matrix and mugglestone) is a banded ironstone rock composed of multiple layers of golden tiger eye, red jasper and hematite, a form of iron oxide. Some may contain higher levels of iron and others have higher amounts of jasper. This fascinating stone was created through a sedimentary process where the alternating layers of material formed over thousands of years.

From a metaphysical perspective, it is a cardinal grounding stone that also brings protection. It is sought after to bring strength, vitality, confidence, willpower and balance. Practitioners use tiger iron to strengthen their energy field by attuning to the electromagnetic field of the earth. It is desired for self healing of chronic illnesses.

The heart has long been used as a symbol to refer to the spiritual, emotional, moral and in the past, the intellectual core of a human being. As the heart was once widely believed to be the seat of the human soul, the word heart continues to be used poetically to refer to the soul and stylized depictions of hearts are used as prevalent symbols representing love.

Add your review
0 stars based on 0 reviews
Add to wishlist / Add to comparison / Print
← Return to the back office    1350 Ottawa St. Windsor Open: Mon-Sat 10am-6pm. Hide