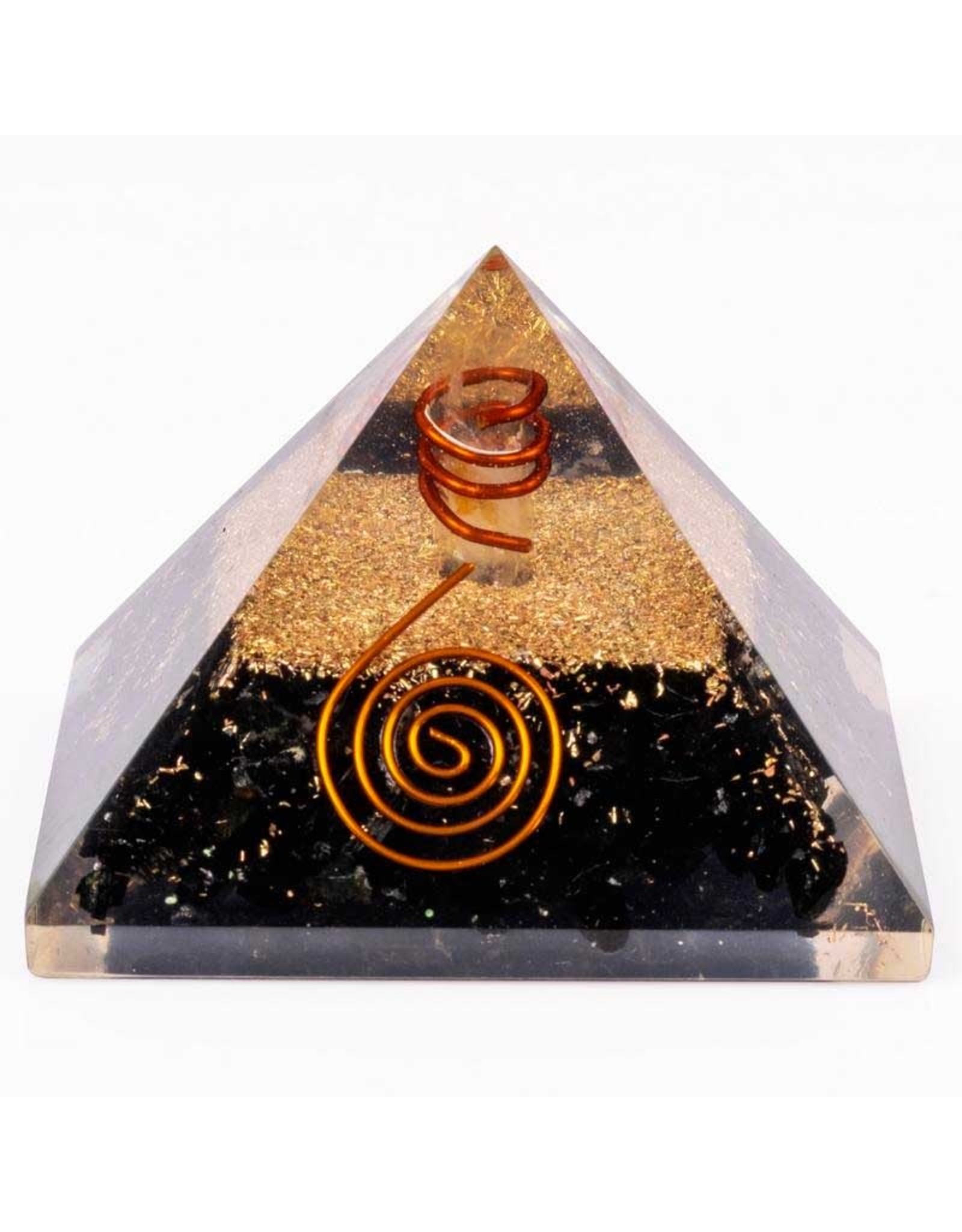 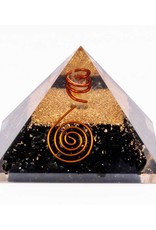 Black tourmaline is combined with a quartz point, copper flakes and a coper spiral. They are suspended within a resin matrix to create this orgone pyramid.

Wilhelm Reich discovered an energy he named Orgone. Using layers of metal and organic materials such as wood and cotton, he was able to manipulate this energy. To maintain a matrix of these items, they are cast in resin. The unique materials used aids the energy flow within the Orgonite dynamically. It is commonly used as a tool for protection, specifically shielding against electromagnetic pollution or EMF.

Tourmaline is the most multicolored mineral type known, occurring in virtually every color of the spectrum. It has many interesting optical properties. When viewed through their vertical axis, some specimens appear darker or differ in color than when seen through their horizontal axis. Certain Tourmalines exhibit a cat's eye effect when polished. This mineral is also piezoelectric which means that through mechanical action an electric pulse is formed, similar to quartz.

Tourmaline is sought after as a talisman of protection to deflect and counteract negative energies. It is also used to guard against radiation and environmental pollutants.

The four sides of a pyramid, joining at the summit or peak can be used as inspirational symbols of growth or ascension. Pyramids are considered by many to amplify and focus energy tightly through the apex.